Difference between revisions of "Japan"

Copied from Wikitravel with permission from the author, Jani Patokallio.

Hitchhiking in Japan is quite easy, and the key to true budget travel in the country and the way to escape the country's ruinously expensive domestic transport costs, where an hour on the Shinkansen can set you back ¥10,000. Coupled with camping, you can effectively cut down your daily budget to food and admission fees alone — although it is wise to allow for the occasional (literal) rainy day.

It is almost impossible to hitch out of Tokyo or any large Japanese city by waving your thumb on the Ginza. Thus, to get out, you have to find the places where drivers going out congregate, which in practice means service areas (サービスエリア sābisu eria, SA) or parking areas (PA) on the large toll expressways (高速道路 kōsokudōro) connecting Japan's major cities. As you might guess, service areas are larger and better equipped than parking areas, but surprisingly few Japanese are familiar with the difference so it's easier to label them all service areas.

A useful rule of the thumb (pun intended) is that if you can get somewhere on a train for less than 2000 yen, hitchhiking the distance is unlikely to be worth the trouble. For destinations around Tokyo, such as for Mount Fuji, Hakone, Nikko, hitchhiking is unlikely to be worth the trouble... until you actually get there, that is. All three regions have expensive local transport but plenty of unhurried tourists driving about, always a good combination for the hitchhiker.

Getting on the expressway

Due to a complex conspiracy, all SA/PAs are located as inconveniently as possible, and entrance to them from outside on foot is officially prohibited. However, the inconvenience is managable when you know the route (are you willing to sit on a local train for an hour to save 9000 yen?) and, as so often happens in Japan, official regulations go unenforced or downright ignored.

Aside from SA/PAs, the second way to get on the expressway is to hitch outside an interchange. ICs do tend to be a bit closer to town, but in Tokyo they are usually in the middle of very heavy traffic and with few, if any, places where hitching is even remotely possible, so getting rides also takes considerably longer. It is generally preferably to sit on a local for an extra half an hour and maybe even pay a few yen for the privilege of not having to choke on exhaust for an hour.

The third method would be take a long-distance bus that uses the expressway and stops at a parking area along the way. However, cataloguing which routes go where on which roads and which service areas they stop at would be a fairly difficult enterprise, you'll also need to buy a rather expensive bus ticket just to get on the thing, and you'll probably freak out the bus attendants who will certainly notice if the only gaijin on the bus doesn't come back from the break.

Hitching on the expressway

At the SA/PA itself, the best place to hitch is near the offramp to the expressway, ideally so that you've visible from the buildings — this way drivers can see you as they go in and think about picking you up before they get in their car and make the choice. From a service area with decent traffic, you are very likely to get a ride within minutes.

Once you've made it onto the expressway, it's easy to keep bouncing from one SA/PA to the next one, but a decent highway map is imperative so you know the best place to get off if your destination and your driver's path diverge. It's entirely possible to cover 500 kilometers or more in a single day by using expressways.

Note that it is illegal to stop a car or walk on foot anywhere on the expressway itself, including tollbooths, and you will be rapidly picked up by the highway police if you try. Do not allow your driver to drop you off outside a service area. 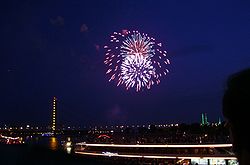 user:Gutuater hitching from Yufuin to Beppu in January 2010

Outside the expressway system on ordinary toll-free national highways (国道 kokudō), there are also occasional service areas of a sort, known as Michi-no-Eki (道の駅), lit. "Road stations". These are excellent places to get dropped off, fuel up, consult maps and grab rides.

Other traditional favorites include the offramps of roadside gas stations and convenience stores. The keys are visibility and accessibility: drivers have to be able to spot you in advance, and they have to be able to stop and pick you up without endangering themselves or others.

Note that it is illegal to hitchhike near road crossings or from bus stops, although in rural areas where buses drop by just 2-3 times a day the latter is often tolerated. The very end of a merging lane after a crossing is also OK, as long as you are more than 5 meters away from the crossing itself. In general, hitchhiking is legal and Japanese police don't hassle hitchhikers, but they do have fairly wide-ranging powers to act on anything that disturbs or distracts traffic, so use common sense.

Except for the occasional impoverished student in the wide expanses of Hokkaido, there is very little tradition of hitchhiking in Japan, and you will more likely than not be the first hitchhiker that your driver has ever even seen, much less picked up. The key to hitchhiking is thus to assuage these fears and look as harmless and friendly as possible.

The top worries of a Japanese driver when they see a hitchhiking gaijin are: Can he communicate? Does he know how to behave? The quick way to answer those questions is with a sign: 日本語できる！ (Nihongo dekiru!), literally "Japanese can!", is just six characters and works like a charm. And you don't really need to know Japanese all that well to use such a sign, as long as you can communicate... somehow...

Second on the agenda is appearance. This is not the place for a mop of unruly hair, ripped jeans and sunglasses — foreigners are by default scary, and you need to do your best to look like you stepped out of an L.L. Bean catalog. Neat trousers, clean shirt, a hat to protect you from the sun instead of sunglasses. If you have a huge rucksack, hide it off to the side.

With these down pat, it's time to assume the pose and hitch. Hitchhiking being an unusual phenomenon, the best-recognized pose will be the classic Western style: left hand extended straight, thumb up, and a winning smile on your face. Try to look drivers in the eye as they approach and perhaps even make a small bow of appreciation, especially if they slow down to take a better look at you or, better yet, loop back for a second look. And persevere: you may get picked up by the first car, or you may have to wait a while, but you will be picked up sooner or later.

Once the car does stop, a window will roll down and you will almost always be asked a simple question: Doko made? ("To where?") Do not make the mistake of giving your final destination, as the driver may assume that you will insist on going all the way. (This is also why it's usually not wise to use a destination sign.) Instead, pick the nearest major waypoint and state X no hō ("In the direction of X").

Like other tourism in Japan, the best times of year are spring and fall, when it's not too hot and not too cold. Hitching in the summer risks sunburn and dehydration, while winter is simply too cold.

Distasteful as it may be to get up at 6 AM on vacation, as a hitchhiker you must get an early start. Many of the longest rides are available early in the morning, and your hitchhiking day will come to an end when the sun goes down.

If the weather is bad, it's best to give up hitchhiking for the day and figure out something else to do. A sodden figure standing forlornly in the rain with his thumb out is not a pitiful figure in Japan, he's a dangerous lunatic.

Who to hitch with

In Japan, as everywhere else, your gender matters when hitchhiking. On an ascending scale of difficulty, the best combinations are:

While a single girl (or woman) is likely to get picked up very fast, this has its risks: Japan has its fair share of perverts and predators and a lone hitchhiker in a foreign country is a vulnerable target.

As for who will pick you up, the range of humanity you will encounter is surprising and, once you've crossed the threshold into their car, the generosity and trust will amaze you. You will be picked up by young couples, grizzled old farmers, families with small children, traveling salesmen, single women, yakuza mobsters, Buddhist monks... and, almost without exception, you will be offered drinks and snacks, bought lunch and quite possibly offered a tatami (floor) for the night. But try to distinguish between offers of genuine goodwill and interest and offers out of duty or perceived obligation, as your driver is likely to feel that he is a host and he must treat you as an honored guest, despite any inconvenience or even financial expense that this might cause.

As a guest, you will not be expected (or allowed) to pay any expenses. Be thankful for this, as Japan's expressway tolls are extremely high: for example, the trip from Tokyo to Osaka costs around ¥8000 in tolls alone.

Will Ferguson has written a number of informative and entertaining books about hitchhiking in Japan. These include: